SDN is a new programmable network which decouples the control plane and data plane of traditional network and enables programmers to define thier own policy to control the whole network. OpenFlow protocl is the most popular protocl in SDN. It enables controller to interact with the data plane. When there is a new packet coming into the switch, switch will check whether this packet matches the flow table. If is doesn’t match any flow table, switch will generate a message and send it to controller to ask how to deal with this packet based on the policy the programmers defined. 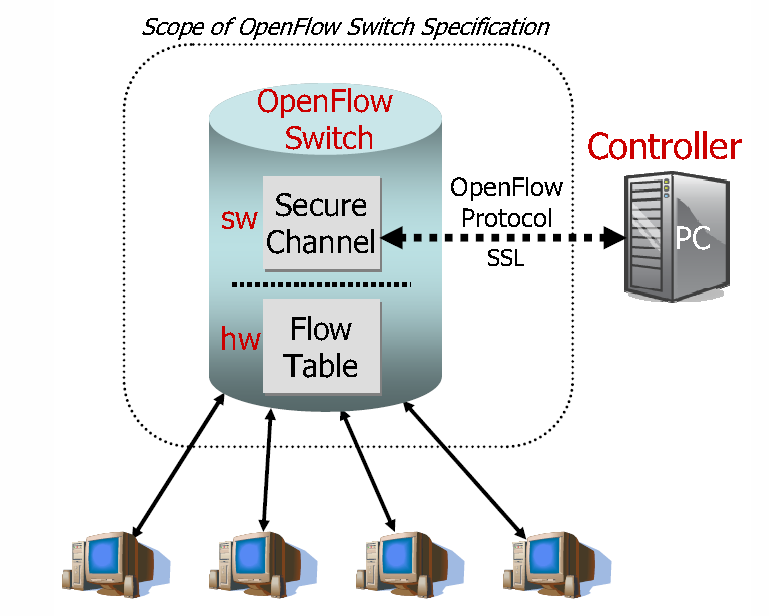 But the first goal of the SDN is not related to the security, so there are many security issues in the SDN. Analyses found that the altered elements or relationship between elements in the SDN framework introduce new vulnerabilities. There is no official security analysis of the protocol itself and security is extremely important for production systems, but can be overlooked.

There are different targeted:

So, we foucus on the security of SDN to provide a more reliable network.